A year after the disaster, little aid actually spent on

Half of the Netherlands' € 550 million aid contribution allocated to projects

The country of Sint-Maarten needs more than just financial support to recover from the devastating hurricane of September 2017. The Netherlands has provided € 550 million in aid, € 470 million of which is being contributed via the World Bank. About half has been allocated to reconstruction projects. Little money has actually been spent so far and the population of Sint-Maarten has seen few tangible benefits, such as the reconstruction of houses, other buildings and infrastructure. The actors directly concerned have mixed views on the involvement of the World Bank. The Netherlands Court of Audit found that the World Bank’s procedures ensured the aid was spent carefully but they were also inconvenient and did not facilitate the rapid reconstruction of the island. 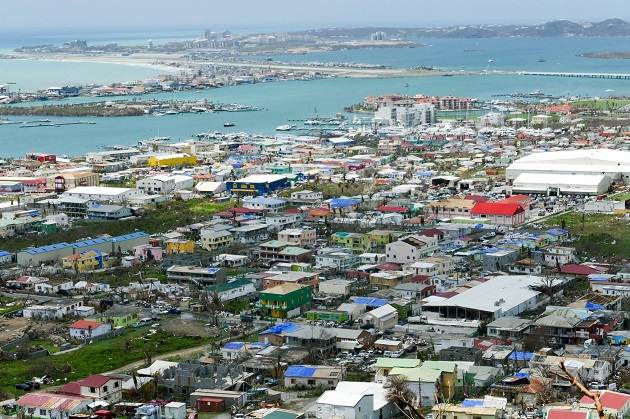 Lack of expertise and personnel capacity are the greatest obstacles to rapid reconstruction. Sint-Maarten is seeking additional management strength from the Netherlands and the World Bank. It has requested technical assistance from the Netherlands on 29 occasions. The State Secretary for the Interior and Kingdom Relations has honoured 11 of these requests. Some of the requests were not concerned with reconstruction and the assistance of the World Bank or other organisations was considered more appropriate on other occasions.

To ensure the Dutch aid funds are spent honestly, regularly and efficiently, they are being managed by a trust fund operated by the World Bank. In practice on the island, the World Bank’s contracting procedures are thought to be inconvenient. Not a single roof on the island has been repaired using money from the trust fund and work to restore electricity and water supplies is at a standstill. This is partly because of the requirement that the utility company first put the work out to public tender. The utility company’s financial position is a matter of some concern. However, two projects we audited – aid provided via the World Bank to build a new hospital and to fund a training and income support programme for local residents – have made good progress. Plans had already been prepared for these projects, however, before the Netherlands involved the World Bank in the island’s reconstruction. These projects are therefore bearing fruit earlier than others.

Nearly half of the aid provided by the Netherlands via the trust fund has been allocated to projects. But no framework has been put in place to prioritise the projects. Sint-Maarten, the Netherlands and the World Bank can therefore approve project proposals without being able to assess their merits against those of future projects. The Dutch aid is being spent chiefly on preparatory work as well as on direct project implementation. Part of the € 470 million has also been used to support Sint-Maarten’s liquidity position in order to ease the country’s budget deficit.

Hurricane Irma devastated Sint-Maarten in September 2017, destroying 90% of all the buildings on the island. The damage is estimated at € 1.9 billion. The Netherlands has undertaken to contribute € 550 million in reconstruction aid. To ensure the aid is spent carefully, regularly and efficiently on Sint-Maarten, a country within the Kingdom of the Netherlands, the greater part of the aid – € 470 million – is being allocated via a trust fund. It has been agreed that the World Bank will manage the trust fund until 2025. A year after the natural disaster and the initial emergency relief phase (the Netherlands temporarily provided military personnel and police officers and provided funds for first aid), criticism is growing: reconstruction is taking too long.