EU-governance to combat the economic and financial crisis

The Netherlands Court of Audit began a project in 2012 to monitor the measures being taken by the European Union (EU) to address the economic and financial crisis. The aim of the project is to inform the Dutch parliament at relevant moments of developments in the economic and financial crisis. This website presents what the project has considered so far. It also provides a first impression of our provisional results. It is a work in progress that will be built upon in the coming period.

The main points of the project are shown in figure 1 below. 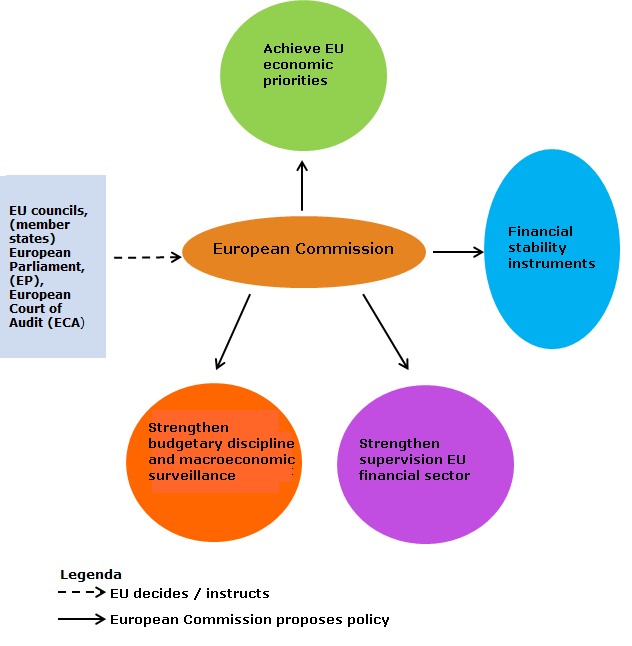 The project analyses the instruments the EU has applied to help countries in financial problems. Three policy ambitions are of particular importance:

The project in greater detail

The EU makes policy to reinforce a solid framework for economic and fiscal coordination and surveillance and to assist member states that are in financial difficulties. A rough outline of the policy was shown in figure 1 on the previous page. The policy is shown in greater detail in figure 2 below. Our project considers all the aspects shown. 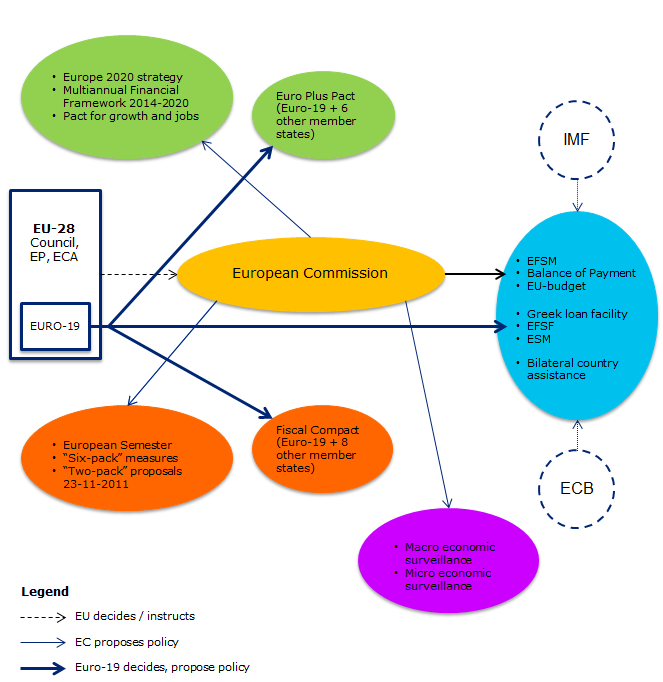 Figure 2 is a simplified image of the activities currently being undertaken by the EU, albeit not necessarily by the 'EU' as a whole. A distinction is made between:

Figure 2 shows that other actors inside and outside the EU are also involved in the crisis measures: the International Monetary Fund (IMF) plays an important role in granting financial assistance to the member states. The European Central Bank (ECB) also holds a key position in tackling the crisis as it is responsible for price stability in the euro area.

Quality of the information in the web file

The Netherlands Court of Audit exercises the greatest possible care managing the contents of this web file. The information presented is derived from authoritative public sources and has not been independently verified by the Court of Audit as to its completeness or reliability. Users cannot derive any rights from the information in this web file.

De Nederlandsche Bank (DNB, the Dutch central bank) has set high capital requirements for the 30 or so medium-sized and small ...

Speaking at a conference on stability, coordination and governance in the Economic and Monetary Union in Brussels on 17 February ...

Letter to House of Representatives on EU bank supervision

The Netherlands Court of Audit wrote to the Dutch House of Representatives on 9 February on the matter of the supervision of ...

The Court of Audit published a report entitled European economic governance – European coordination of budgetary and ...