UN mission to Mali: shortcomings in training, materiel and maintenance

Lack of equipment, inadequate training, spare parts that don’t work: the Dutch Minister of Defence can barely prepare and keep units in readiness for deployment in Mali. The Netherlands Court of Audit came to this conclusion following an audit of the deployment of the Dutch army on the UN mission to Mali. 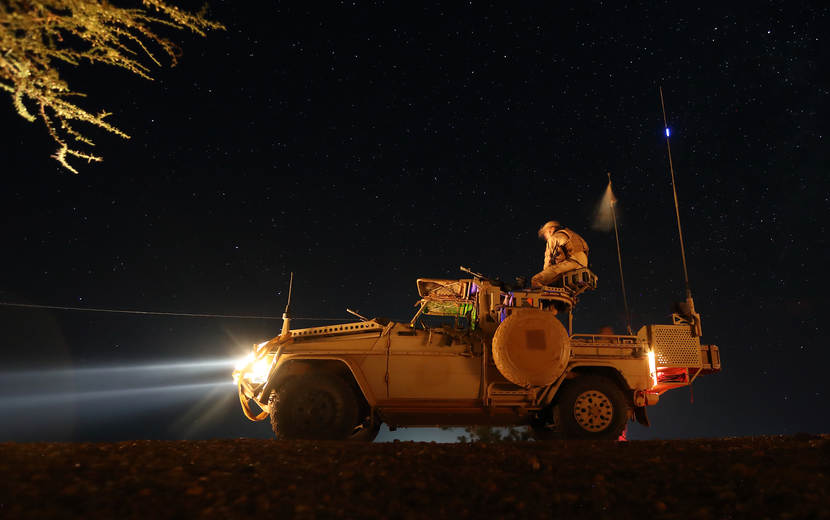 The military mission to Mali is making great demands on the Dutch defence organisation’s capacity to improvise. The Netherlands Court of Audit has concluded that units sometimes cannot train together owing to the lack of training materiel. Part of their training therefore has to take place in the mission area. Materiel maintenance in the mission area is sometimes problematic, too.

Consequences of the mission for the rest of the defence organisation

The mission to Mali has had a strong impact on the entire defence organisation. Other units have had to give up their personnel or equipment to the unit being deployed. In these cases, the unit losing its equipment was incomplete and suffered from the consequences. The ‘providing’ unit sometimes fills gaps by drawing personnel or materiel from other units. The footprint that a mission leaves in the defence organisation is often far larger than the size of the mission itself would suggest. The armed forces carried out 18 military missions in 17 countries in 2017. The number of missions involving the armed forces represents a real risk to the goal of restoring basic preparedness by 2021, the Court concludes.

The audit focused on one unit taking part in the mission to Mali, the Long Range Reconnaissance Patrol Task Group (LRRPTG). The LRRPTG is a light infantry and reconnaissance unit that collects information in outlying areas by maintaining contacts with both the local population and armed groups.

The period before the military unit’s deployment to the mission area did not go according to plan. As the reconnaissance unit consists of several units drawn from the army, it was necessary to select the personnel in time so that they could train together. They were not able to do so in several rotations of the LRRPTG. Interviews the Court of Audit held within the defence organisation revealed that this was due to late political decision-making on whether or not to continue with the mission. The lack of a political decision-making meant only limited preparations could be made. None of the LRRPTG’s three rotations that we looked at were in full readiness when sent out to Mali.

There were shortcomings, moreover, in the training materiel. There were not enough training vehicles, night vision equipment and communications equipment. The army staff allocated ten of the 12 terrain vehicles intended for the LRRPTG’s preparations to other units. Some of the communications equipment, including satellite communication radios, did not work during the training because antennas and other components were missing. The units also lacked the requisite skills to drive terrain vehicles and operate the satellite communication equipment at remote locations. These problems could only be resolved in the mission area, as the necessary equipment was already available there. But this meant, for example, that driving examiners had to be flown into the mission area to carry out the driving tests.

The personnel also had to make do and mend during the mission and improvise inventive solutions to the structural shortages of materiel and spare parts. Vehicles repeatedly displayed cracks and other defects that could only be repaired with difficulty and that reoccurred after each operation. Shortages also occurred because vehicles were not always serviced on time. By the second half of 2017 the situation was so serious that, according to one of the commanders, 70% of the personnel no longer had any confidence in the LRRPTG’s materiel.

Mali mission illustrative of the state of the armed forces

The Court of Audit’s findings show that missions such as the one to Mali can have serious consequences for the preparedness and readiness of the armed forces. It is illustrative of the wider question of the balance between what the armed forces can do and what the defence organisation expects of them. Active and transparent consideration by both the government and parliament of the need for missions on the one hand and the armed forces’ capabilities on the other is vital. The Court therefore concludes that decision-making on participation in peace missions should take more account of the deployability of the armed forces. The Minister of Defence must also ensure that units preparing for a mission have enough appropriate training equipment. The Court also drew attention to the ministry’s goal of having all army units’ preparedness in order again by 2021. The number of missions involving the armed forces makes it difficult to achieve this goal.

NOTE FOR THE EDITOR