An audit by the Netherlands Court of Audit has found that it is uncertain how the Minister of Finance has dealt since 2013 with has conflicting interests as shareholder of the Dutch Central Bank (DNB) on the one hand and guardian of the public purse on the other. 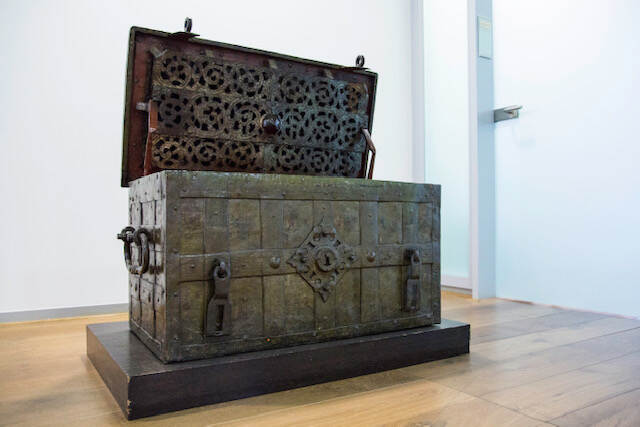 DNB’s mitigation of the financial risks of monetary policy

The conflicting interests are due to DNB’s mitigation of the financial risks of monetary policy: additional financial buffers to protect its long-term financial position are made at the expense of the short-term profit distribution to the State. DNB has formed a provision of €1.5 billion in recent years to cover the risks arising from the European Central Bank’s bond purchasing programme. Guarantees given by the State as the shareholder of DNB mean that the profit distribution will not be lowered but they are not entirely risk free.

What information is available to the minister?

The minister’s relationship to DNB and its mitigation of monetary policy risks is not clear. The many laws and regulations that apply mean it is uncertain what information the minister must receive to fulfil his various responsibilities or what information he must provide to the House of Representatives. The Court of Audit presented its findings in a report entitled Mitigation of DNB's Financial Risks – The Role of the Minister of Finance published on 19 February 2019.

DNB carries out its monetary tasks completely independently. To do so it has formed financial buffers to mitigate the risks it incurs The buffers were increased from €7.8 billion to €9.4 billion between 2012 and 2017. As the shareholder of DNB, the Minister of Finance must ensure that the buffers are adequate. The minister was closely involved in and made constructive comments on the measures DNB took to offset the growing risks, in part because the additions to the buffers were at the expense of the profit distributions to the State whereas the guarantees given by the shareholder to DNB were not. How the minister should weigh up the conflicting short-term interests of the shareholder and the long-term interests of the guardian of the public purse and the independent performance of DNB’s monetary tasks is not explicitly documented.

An additional guarantee of €5.7 billion that the State gave to DNB in 2013 on account of the increased financial risks arising from the support provided to Greece, Portugal and Cyprus was discussed in detail in the House of Representatives at the time. The guarantee expired in March 2018, by which time DNB had formed adequate buffers. The guarantee did not come at a financial cost to the State.

Purchasing programme by the ECB

The European Central Bank (ECB) has substantially increased its debt portfolio in recent years. It has undertaken a large scale programme to purchase government bonds and has subsequently bought up corporate bonds in order to stimulate the eurozone economy. The financial risks to DNB, as one of the participating central banks in the euro system, have increased accordingly. DNB informed the minister it needed an additional reserve on top of its normal capital buffer. At the end of 2016, this additional reserve was estimated at €2.7 billion. It has inevitably had an effect on the profit distribution to the State. To date, the State has received €1.5 billion less dividend from DNB. The ministry and DNB are currently discussing alternatives to the current agreement that 95% of DNB’s profit should be distributed to the State as shareholder.

Document how the minister should deal with conflicting interests

The Minister of Finance responded to the Court of Audit’s findings by letter. In it, he took a step towards clarifying his role as shareholder of DNB and DNB’s implementation of its monetary tasks. In the Court of Audit’s opinion, the description would be more persuasive if the minister explained what information he needed in his capacity as shareholder and what information in his capacity as guardian of the public purse.