Regularity of public expenditure is a serious matter

More than 1% of the obligations the Dutch central government entered into in 2019 were irregular. The irregularity was due in part to the acquisition of a large package of shares in Air France – KLM. 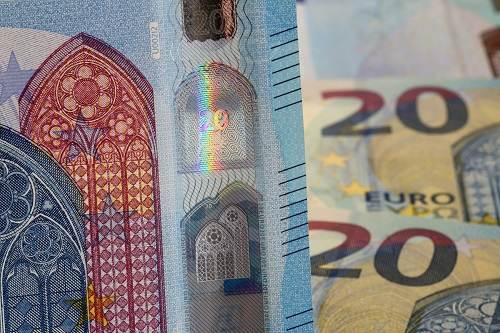 The Netherlands Court of Audit came to this conclusion from its accountability audit of central government for 2019. The tolerable threshold was exceeded for the first time since 2008. The Court of Audit accordingly added a critical note to its statement of approval on the central government accounts. It thinks this is a serious matter that requires the attention of both chambers of parliament. “Keeping to agreements is not an optional choice but a precondition for the proper working of democracy. And the rules apply not only to good times but also to crises and crisis measures.” By calling on parliament to take the matter seriously, the Court of Audit is also issuing a warning for the current year, in which a great deal of public money is being used to fund emergency measures to combat the corona crisis.

One of the causes of the government exceeding the 1% standard was its irregular acquisition of shares in Air France – KLM to a value of €744.4 million. The minister acquired the shares without first informing parliament, as required by law. As parliament subsequently approved the acquisition, the Court of Audit did not add a formal note to its statement of approval on the 2019 central government accounts. If this exceptional transaction is left out of account, the standard was narrowly achieved, as it had been in 2018. Another exceptional expenditure item related to an obligation entered into by the Minister of Economic Affairs and Climate Policy (EZK) to make an advance payment of €90 million net to NAM in order to bring forward the termination of gas production in the Groningen gas field. The Court of Audit could not determine whether this amount was reasonable. It therefore qualified the regularity of this transaction as uncertain.

The Court of Audit also concluded from its 2019 accountability audit that central government’s presentation of policy results was open to improvement. This would strengthen the response to new issues that society will face in the current and future years.

The Netherlands is facing challenges in the fields of energy transition, nitrogen policy, climate change and staff shortages in the education, care and police sectors. These are in addition to the corona crisis and its economic consequences. New and unproven policies will be needed to overcome these challenges. The government would therefore be well-advised to constantly check whether its response meets expectations or needs to be improved and to share its insights with parliament. Only then can it learn from experience. The 2019 accountability audit found that learning and improving were not yet standard practice for all ministers.

The Court of Audit investigated the additional expenditure incurred for 9 “policy intensifications” introduced by the third Rutte government. Central government is taking measures to improve its understanding of policy results but their achievement is often overlooked during the policy implementation phase.

The Court of Audit concluded that the government had succeeded in applying the additional funds in 2019, something it had had difficulty doing in 2018. The audit of the 9 policy intensifications found that it was often uncertain whether the funds had achieved their intended goals or brought them within reach. Tangible results had been achieved by 3 of the 9 intensifications: increase in preschool education hours, greater use of childcare benefit and stronger embassy network. However, it could not be said whether most of the others had achieved their goals (such as reducing the work load in primary education), lost sight of their goals (such as constructing new bicycle highways) or whether the goals had been changed (as in the Natural Gas-Free Residential Districts Programme). Parliament should be better informed of such developments, according to the Court of Audit.

Before ministers received the additional funds to intensify policy, they had to submit expenditure plans to the Minister of Finance for approval. As the plans were confidential, the House of Representatives could not determine whether the ministers were working to plan. The Court of Audit agrees with the House that the expenditure plans should be made public. Once the Minister of Finance has approved a plan, there is no reason for it to remain confidential.

The Ministry of Foreign Affairs’ exchange of information with the European Union and NATO exposes it to security risks. Only 1 of the 11 systems the ministry uses has been fully approved (accredited). The Court of Audit found that the minister had done too little to resolve this problem in the past three years. The minister has portrayed the situation in glowing terms to the House of Representatives and the Court of Audit feels justified in qualifying it as a very serious shortcoming. The minister informed the House, for instance, that if necessary he could fall back on “the traditional communication method” if the digital exchange of information failed.

Improvement in operational management at the Tax and Customs Administration

The Court of Audit found that the Tax and Customs Administration had successfully improved its operational management last year. The Administration had slightly reduced the backlog in replacing outdated ICT systems, had gained a better understanding of the inflow and outflow of tax officers and had improved its management of the processes necessary to perform its duties efficiently to such an extent that the Court of Audit no longer saw this as a problem. This does not yet mean that the Tax and Customs Administration is out of the danger zone. There is still a serious risk of failure among  the 181 outdated applications the Administration uses, for instance to collect value added tax. It is therefore open to question whether the current systems could deal with a change in VAT rates, should the government wish to change them.