What we can learn from the Brazilian Supreme Audit Institution

Known as ‘The Brazilian’, Johan Maurits (1604-1679), was the governor of the former Dutch colony in the northeast of what is now Brazil for eight years. The Portuguese brought the Dutch presence to an end in 1654 when they conquered Nova Hollanda.

More than 350 years later, Brazil is a huge and proud country. Auditor and data analyst Elze Ufkes and I landed in the country’s modern capital, Brasilia, at the beginning of last week. It was tropically hot and very dry: it hadn’t rained for 100 days and parts of the immense Amazon forest were on fire. 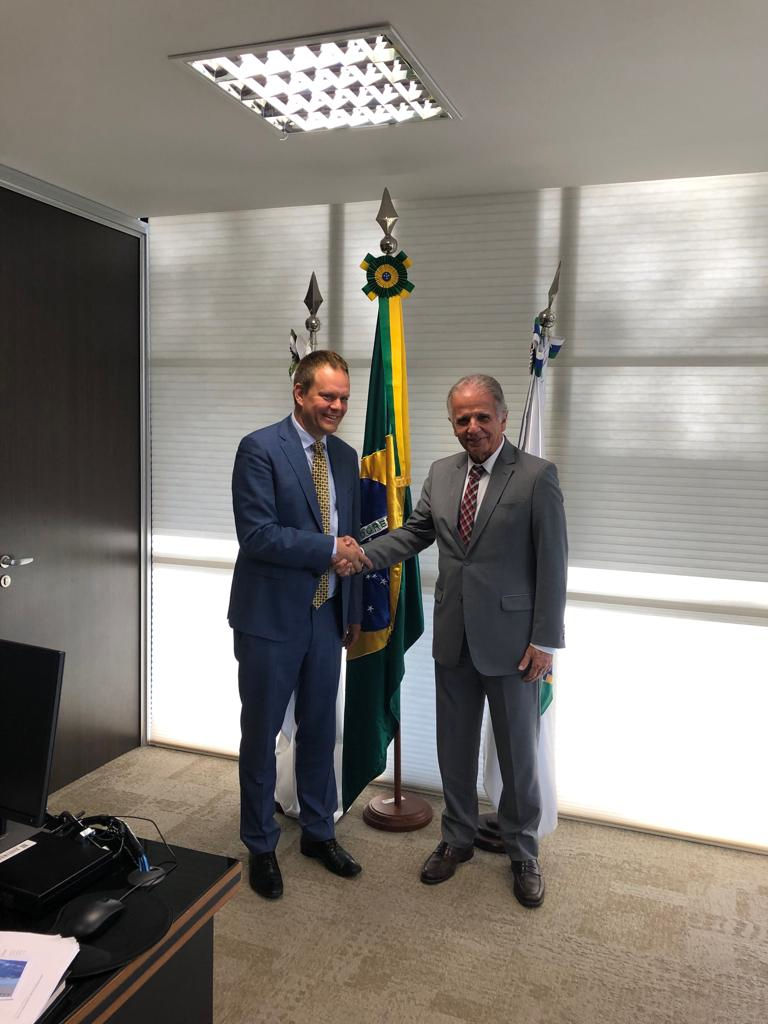 But that wasn’t why we had come to the country. For many years, the Netherlands Court of Audit has been investing in new data analysis methods to drill down into huge data files containing nearly 100% of everything we want to audit and link them to other data. We are increasingly revealing the results of government policy in such diverse areas as access to long-term care, EU farm income support, the reintegration of the partially incapacitated, etc., etc.

We want to take further steps in our annual audit of central government accounts in the years ahead. In a European context, we are already sharing lessons learnt and programming code with the UK, Norway, Germany and Finland. Informally, Brazil is also part of this collaboration. That’s why we decided to come and take a look for ourselves to see what Brazil is doing and what we can learn from it.

The Tribunal de Contas da Uniao (TCU), the Brazilian supreme audit institution, has more than 2,000 staff and is based in an enormous complex in Brasilia. Paula Hebling Dutra, its international cooperation director, had set up an intensive programme of talks for us with IT specialists and data analysts. It didn’t take long before we were deeply impressed by the TCU. It uses data analysis and artificial intelligence (AI) to analyse texts, and uses the results in tasks that the Court of Audit does not carry out in the Netherlands because we have a somewhat different mandate. The TCU also has judicial powers over appointments and pensions. With the aid of data analysis and machine learning, it recently started performing continuous audits of, for example, pension payments and applications for unemployment benefit. It also checks public contracts to determine that they are not being awarded to companies with political links. It identifies indications of corruption, certainly not evidence, and automatically refers such ‘irregularities’ to the ministers concerned and asks them to explain or correct them before a given deadline. If they do not, the TCU takes formal action. Interestingly, the TCU sometimes opts for machine learning and sometimes for targeted data checks using algorithms to identify potential irregularities. The choice seems to be based on the quality of the data. If the quality is high, then machine learning is more effective. In other cases, targeted data analysis is more appropriate. Examples of this work include checks of whether pensions are paid to deceased persons and of whether unemployment benefit payments exceed the permitted amounts.

Our attention lapsed a little over lunch and we suddenly noticed that our bags were missing. We felt sorry for our Brazilian colleagues who felt responsible for the bags, even though they couldn’t do anything about them.

The President of the Brazilian SAI, José Mucio Monteiro, gives us a very warm welcome. A native of the northeast of the country, he asked us if we had heard of ‘Mauricio de Nassau’ and I told him all about the Maurits House in The Hague. An exhibition about Johan Maurits, which fortunately did also  touch upon the painful issue of slavery, had just ended but we told him he would be welcome to visit the Maurits House whenever he wished, ‘within walking distance of the Court of Audit’. The President explained that the TCU would carry on investing in data analysis and IT despite the cuts to its budget and we agreed to continue our informal cooperation on a stronger footing.

We left Brazil full of inspiration and, unlike Johan Maurits, in happy spirits.