Focus on the Dutch contribution to the reconstruction of Sint Maarten

Sint-Maarten needs more than just financial support for its reconstruction following the devastating hurricanes of September 2017. Hurricanes Irma and Maria caused immense human suffering and destroyed most of the island’s infrastructure, houses and businesses. The damage is estimated at
€ 1.9 billion. The Netherlands undertook to contribute € 550 million in total for the reconstruction of the island. The greater part – € 470 million – is being allocated through a trust fund operated by the World Bank.
This arrangement was chosen to ensure that the funds would be spent carefully, regularly and efficiently on Sint-Maarten.
The arrangement requires all reconstruction projects to be approved by the Netherlands, Sint-Maarten and the World Bank.

Status of the expenditure

The Netherlands Court of Audit carries out focus audits to take stock of the facts without expressing an opinion or making recommendations. Our audit found that the Netherlands had transferred € 262 million to the trust fund by November 2018. Some € 109 million of this aid has been allocated to a series of projects being carried out by various recipients. Only a small proportion has actually been spent on the projects, however, and the trust fund has therefore produced few tangible results. Preparations are currently being made for projects that will require a further € 153 million but binding agreements have not yet been made with the intended recipients.
This means that more than half the Netherlands’ total financial contribution has been allocated to specific projects. An overarching final goal is currently being worked out so that the trust fund can determine at some point in the future whether the aid has been spent correctly. Until this framework is in place, it is difficult to assess the merits of current project proposals against those of future proposals. This frustrates the strategic management of the use of the funds. 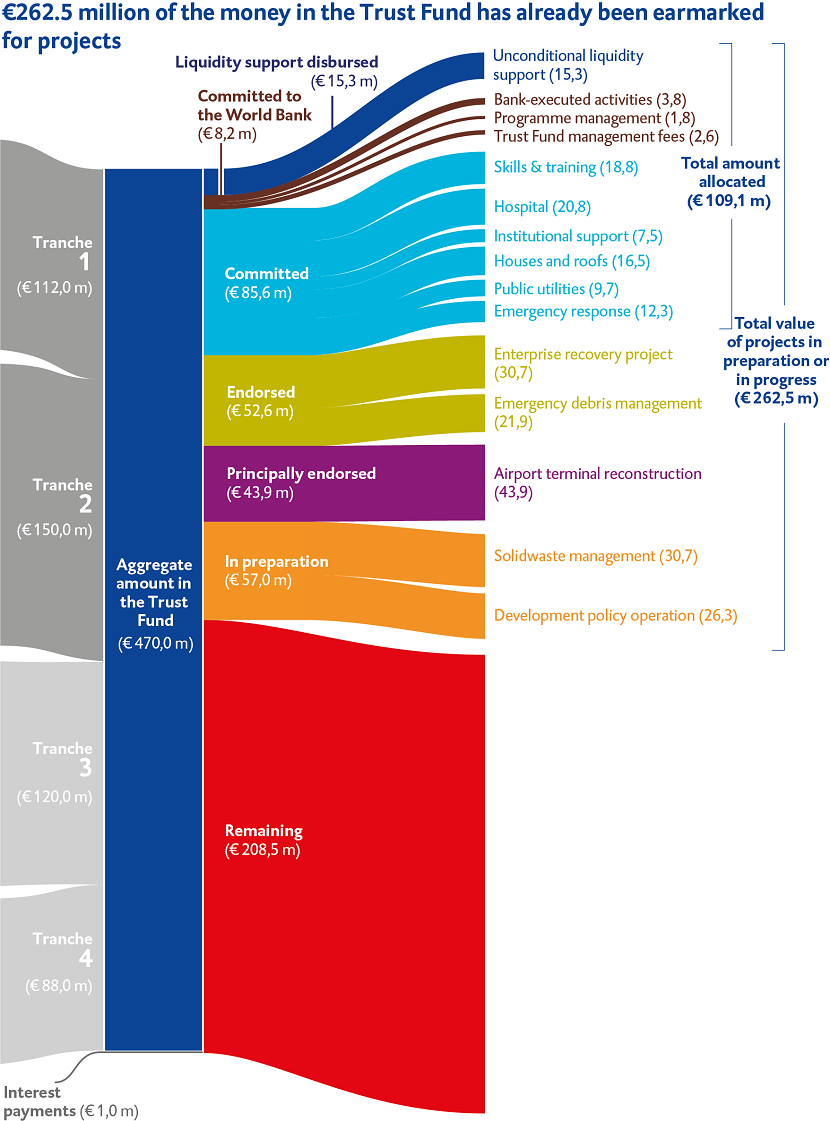 Our audit in Sint-Maarten found that some of the actors were satisfied with the involvement of the World Bank. They said the World Bank’s requirements ensured the aid was spent carefully. Some of its procedures, however, were thought to be inconvenient. The greatest obstacle to the rapid reconstruction of Sint-Maarten was the lack of local personnel capacity and expertise. To speed up the reconstruction, the island needed not only financial support but also assistance to manage the expenditure.

Why did we audit the use of Dutch aid to reconstruct Sint-Maarten?

A year after Hurricane Irma, various criticisms were voiced about the speed of reconstruction. The reconstruction aid, however, must be spent regularly and efficiently. Our audit therefore focused on the Dutch contribution to the reconstruction of Sint-Maarten.

What methods did we use to audit the reconstruction of Sint-Maarten?

The audit was published on Thursday 13 December 2018.