Income Schemes for the Elderly Dissected

The Dutch population is aging. Statistics Netherlands has forecast that there will be nearly half a million more people aged over 65 than young people aged less than 20 by 2030. The aging population means more people will be entitled to a basic state pension every year. There were nearly 3.5 million recipients in 2018. The state pension scheme is administered by the Social Insurance Bank (SVB) on behalf of central government. The SVB works efficiently and at relatively low cost to ensure that nearly everyone receives their state pensions. Nevertheless, there are still tens of thousands of elderly people who do not receive an income supplement even though they are entitled to one.

State pensions cost a total of €37.2 billion in 2018. The pensions are funded from employee contributions and taxes. The Minister of Social Affairs and Employment is responsible for implementing the schemes in place for the elderly. In addition to the state pension scheme, there are supplementary schemes for certain categories of elderly people. The government and parliament have laid down the schemes in laws and regulations. The supplementary income scheme for the elderly is such a scheme. It is available for elderly people who are unable to live off their income or assets, such as those who did not build up full pension rights during their working lives. An audit by the Netherlands Court of Audit found that between 48% and 56% of these people did not receive an income supplement even though they were entitled to one. This is equal to 34,000 to 51,000 households with one or more persons. 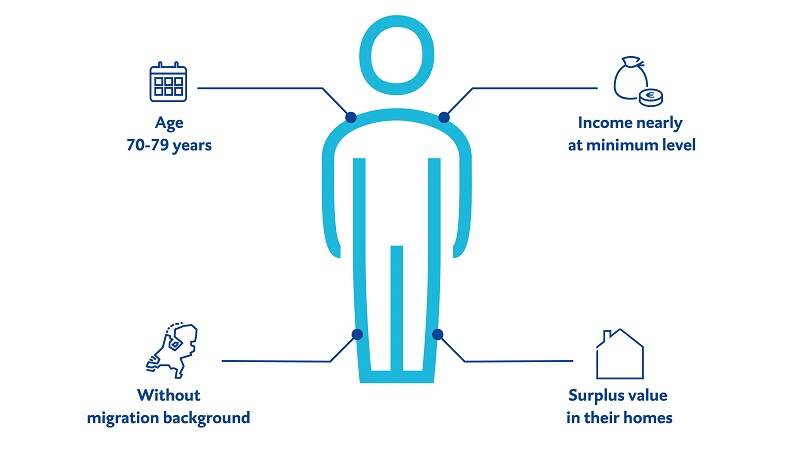 Our audit found that the Social Insurance Bank does all it can to encourage more elderly people to use the supplementary income scheme. To do so, however, it needs data on incomes and assets that are kept by the Employee Insurance Agency and the Tax and Customs Administration. According to the Minister of Social Affairs and Employment, privacy laws prevent the SVB from receiving all the information it needs.

The Court of Audit recommends that a further study be carried out to determine how the SVB can receive the information it needs. It also make recommendations to improve the quality of the information provided to parliament on how the state pension and supplementary schemes are funded. Measures could also be taken to simplify the way in which state pensions are funded, for example by abolishing the partial compensation provided for general tax credits and replacing it with a single government contribution to the Old Age Pension Fund.

What methods did we use in our audit?

We studied relevant documents and conducted interviews at the organisations concerned. To understand the poor take-up of the supplementary income scheme we carried out a logical regression analysis of background characteristics using micro-data from Statistics Netherlands.

Why did we audit income schemes for the elderly?

Our audit, Income Schemes for the Elderly Dissected, is part of our programme to increase insight into the care and social security sectors in order to strengthen the House of Representatives’ understanding of the performance of these two contribution-funded sectors.

The Court of Audit investigated the income schemes in place for the elderly in view of their social significance and financial importance. The schemes have been amended on many occasions over the years. Expenditure on the state pension accounts for nearly half of all social security expenditure and will rise further in the years ahead.

The audit was published and a briefing was held for the House of Representatives on Wednesday 13 November 2019. The Minister of Social Affairs and Employment and the Board of the Social Insurance Bank have responded to the report by letter. Their response was published at the same time as the report.