The increase in female members of government advisory bodies has stagnated. In the past ten years the percentage has been remained stubbornly at 38%. The proportion of members with a migration background has fallen from 10% in 2010 to 4% in 2016. The legal provision that government advisory boards should have a proportionate number of women and people from an ethnic or cultural background has not yet had the desired effect.

Percentage of female members has stagnated since 2011 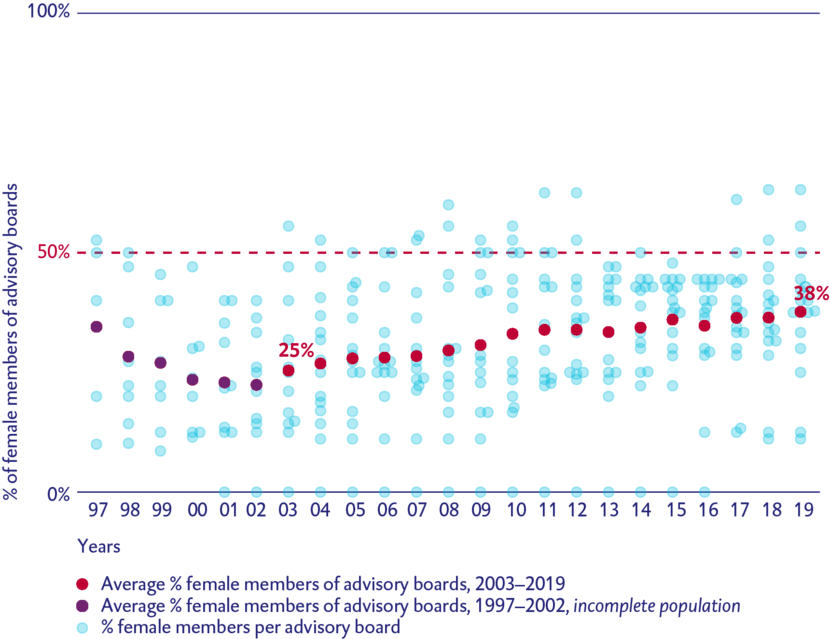 These findings are presented in an audit of the diversity of 17 permanent government advisory boards carried out by the Netherlands Court of Audit. The Court wanted the audit to show how actively the government, where it is responsible for appointments, seeks a balanced representation of women and persons from ethnic and cultural minority groups.

Why did we carry out this audit?

The Advisory Boards Framework Act of 1997 requires advisory boards to seek the proportionate representation of women and people from an ethnic or cultural background. We investigated how the government and the boards have implemented this requirement and what the results have been. The purpose of our audit was to draw attention to this issue and stimulate debate. We therefore do not express an opinion or make recommendations in the report.