Many European countries are failing to comply with international and European standards on air quality. Moreover, many governments have failed to take effective action to improve air quality and hence to protect their citizens’ health. These are two of the findings of a joint audit performed by 14 European audit offices, including the Netherlands Court of Audit, as well as the Israeli national audit office and the European Court of Auditors. The aim of the audit was to ascertain whether the governments of the countries in question were taking action to improve the air quality.

The joint audit uncovered wide discrepancies between the 15 countries covered by the audit. At one end of the scale was Estonia, which was found to comply with all the relevant standards. At the other end were Poland and Bulgaria, two countries that the European Commission recently brought before the European Court of Justice on account of their continued failure to meet the limit values. 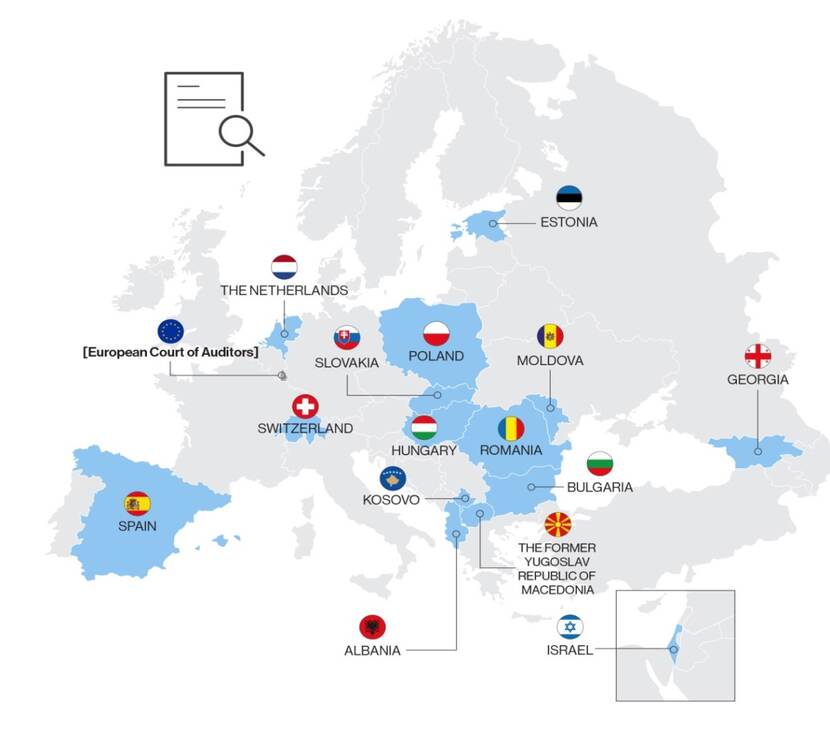 The participants in the joint audit were the national audit offices in Albania, Bulgaria, Estonia, Georgia, Hungary, Israel, Kosovo, the Former Yugoslav Republic of Macedonia, Moldova, the Netherlands, Poland, Romania, Slovakia, Spain and Switzerland, together with the European Court of Auditors.

Based on the findings of the joint audit, the participants make the following six recommendations:

Why did we examine whether the countries in question are complying with the EU’s Air Quality Directive?

Air pollution is a major cause of health problems all over the world. During the first international conference on air pollution and health held in the autumn of 2018, the World Health Organisation (WHO) announced that one in every nine deaths in the world was caused by air pollution. In a report published in September 2018, the European Court of Auditors wrote that air pollution was the cause of 400,000 premature deaths in the EU every year.

In 2008, the European Union set limit values for a large number of air pollutants. The Air Quality Directive obliges member states to analyse the air quality in their countries, to report the results to the European Environment Agency, and – where the relevant limit values were exceeded – to draw up plans for improving the air quality. National audit offices have a vital role to play in monitoring compliance with the EU Directive, which involves assessing whether policies for improving air quality are both efficient and effective. In undertaking this joint audit, the participating audit offices hope to inspire their colleagues in other countries to conduct similar audits.

What methods did we use in our audit of compliance with air quality standards?

The joint audit report is based on national audits performed in all the participating countries, plus an EU-wide audit. In order to be able to compare the information collected in the national audits, the participating audit offices prepared a common audit framework. The main audit question was: What is known about the effectiveness and efficiency of measures taken by national and local governments to improve air quality, and are these measures compliant with international and national legislation?

The Netherlands Court of Audit based its own contribution to the joint report on two audits, conducted in 2017 and 2018, into the impact of measures adopted under the National Air Quality Cooperation Programme. The Dutch team of auditors found that, although there had been a slight improvement in air quality, the minister could probably have achieved better results. The measures had produced only marginal health gains.

The report on the joint audit of air quality was published on 30 January 2019.