The Joint Strike Fighter (JSF or F-35 for short) is a new fighter aircraft developed and produced by the US in conjunction with eight international partners. In 2013 the Dutch government decided to purchase a fleet of JSFs to replace its F-16s.

The JSF is being produced in three different versions:

The aim of the programme is to develop a single design that can serve as the basis for all three versions of the aircraft, so as to minimise the unit cost of development and production.

The Dutch government is working on the assumption that the JSF programme will ultimately lead to the production of 4,500 JSF aircraft. Whether this figure is actually attained in practice will depend on the number of aircraft ordered, not just by the countries participating in the programme, but also by other countries.

The Netherlands and the JSF

The Netherlands has been involved in the development and production of the JSF since the 1990s. The Ministry of Defence decided to sign up to this international US programme because a successor needed to be found for the F-16 fighter aircraft used by the Dutch air force. In 2013, the government decided to purchase a fleet of 37 JSFs as successors to the fleet of F-16s. The first aircraft are due to be delivered in 2019. We have drawn a time line showing the milestones in the programme.

Dual capacity: as a partner and as a purchaser

The decision meant that the Ministry of Defence acquired two different roles in the JSF programme:

The Netherlands Court of Audit and the JSF

The Netherlands Court of Audit has been undertaking audits into the replacement of the F-16 and the purchase of the JSF ever since 2005. We regularly inform the Lower House of the Dutch parliament about our audit findings. See our publications on the JSF.

We receive a lot of questions about the JSF. See the list of most frequently asked questions for further information.

The JSF programme comes with a large number of unfamiliar terms. We have drawn up a glossary explaining a number of key terms that crop up regularly in discussions about the JSF. 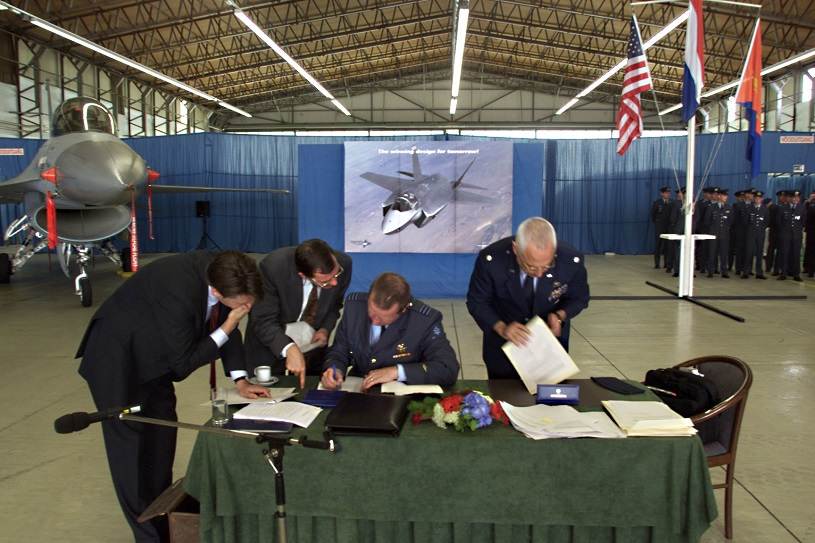 Audit leads to supplementary agreement with the US The invoices the Netherlands receives from the United States for the ...

In a letter to the House of Representatives of 19 January 2016, the Court of Audit considered the risk of the higher euro/dollar ...

In its letter to the Dutch House of Representatives on 10 February, the Netherlands Court of Audit makes a number of critical ...

Court of Audit validates policy document on the armed forces

At the request of the Ministers of Finance and of Defence, the Court of Audit has reconstructed the information provided to the ...

Audit of the cost of withdrawing from the JSF project

The Netherlands Court of Audit decided on 21 August 2012 to audit the cost of the Netherlands' withdrawal from the military ...